BATON ROUGE, La. (AP) — After much anticipation, Louisiana’s U.S. Sen. John Kennedy told supporters he will not run for governor in October.

Kennedy, a Republican, had long indicated an interest in running for governor, but he made it official Wednesday afternoon, in an email to supporters, that he will not seek the position. Kennedy, who has mostly provided a safe Senate vote for Republicans and been a strong supporter of former President Donald Trump, easily won reelection to Congress November, fending off 12 challengers and securing himself a second six-year term.

Kennedy looked into his heart

“I have looked hard into my heart and decided to remain in the Senate and not to run for Governor,” Kennedy said in the email to supporters. “Senator and Governor are very different jobs.”

Kennedy added, “At this juncture, I just think I can help my state and my country more in the Senate.”

Louisiana’s current Gov. John Bel Edwards, a Democrat, is term-limited, making him unable to run this year. That opens a huge opportunity for Republicans hoping to capture the state’s top government post. But with the election about nine months away, only one person, Attorney General Jeff Landry, has officially launched a gubernatorial bid.

Similar to Kennedy, in November, the state’s other U.S. Senator— Bill Cassidy— announced he would not launch a gubernatorial bid, opting to focus on his role in Congress.

“For the last several years, I have been working on specific legislation that is critical for the future of our state and country. I don’t know if these will pass, but I know they will not pass if I decide to run for another office,” Cassidy, who is in the midst of his second six-year term in Senate, said in a statement. “I have chosen to remain focused on the job I was sent here to do and to see these efforts through.”

With the two GOP senators deciding not to enter the gubernatorial race, all eyes are on other possible candidates.

Louisiana State Treasurer John Schroder, Republican, said in December that should Kennedy not choose to run, he would plan “to announce and pursue the title of Governor in 2023.” 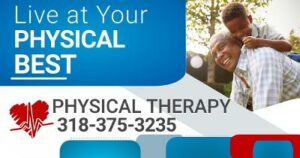 Lt. Gov. Billy Nungesser confirmed to reporters he plans on making an announcement on possible gubernatorial plans in early January. Additionally, U.S. Rep. Garret Graves and state Sen. Sharon Hewitt have indicated they are considering the contest for the state’s highest position.

Landry, the only candidate thus far, is a conservative Republican and staunch supporter of Trump. Landry has already received an early endorsement from the Louisiana Republican Party — an announcement that sparked outrage from potential candidates who have yet to officially throw their hats into the ring.

It remains unclear who will emerge as a Democratic candidate. However, during Gov. Edwards’ monthly radio call-in show, in November, the Democrat was asked what he thought about Shawn Wilson — the secretary of the Louisiana Department of Transportation and Development — as a possible Democratic gubernatorial candidate.

“I have tremendous respect for him and his ability,” Edwards said. However, Edwards added that he does not know whether running for governor is something Wilson “fully intends to do or not.”